Dave Lombardo (born February 16, 1965 in Havana, Cuba) is a three time nominated, two time Grammy award winning Cuban American drummer, deemed one of the most significant drummers of our time. Lombardo is most widely known as an aggressive and exceptionally skilled heavy metal drummer, but over time he has proven that his unique gift far surpasses the confines of being labeled.  His use of the drums have been called “astonishingly innovative” and earned him the title “The Godfather of Double Bass”.

Over his career, he has had a significant influence on the metal scene and has inspired many modern metal drummers, particularly within both death metal and thrash metal. As an original & founding member of Slayer, Lombardo has performed with Slayer on seven albums, including their groundbreaking 1986 release Reign In Blood and their 2006 release Christ Illusion, for which he received critical praise. Lombardo’s music career has spanned more than 35 years, during which he has been involved in the production of over 40 commercial recordings spanning a number of major genres with bands such as Fantômas, Grip Inc., Testament, Apocalyptica, John Zorn, in addition to Slayer.

Lombardo’s myriads of ongoing endeavors have found him in a variety of compelling adventures; recording drum tracks for various television shows and films, creating an art collection called ‘Rhythm Mysterium’ that has been shown in Los Angeles, New York City, Sydney and Melbourne Australia, in addition to unveiling an extraordinary visual and audio experience with his First Edition Book, ‘LOMBARDO’.

In November 2015, Lombardo revealed the formation of yet another new radical band, Dead Cross. A ruthless, hardcore punk band described by Rolling Stone as “a vicious statement of renewed intent from Lombardo, the most influential metal drummer of the past 30 years.” On December 12, 2016 Dead Cross announced that they had enlisted unparalleled vocalist, Mike Patton, to front the band. Produced by Ross Robinson (Korn, Slipknot, Sepultura) and Dead Cross, the band released their first album in early 2017, released an EP in 2018 and are currently writing their sophomore set.

As of 2016, Lombardo not only joined forces with legendary Mike Muir and his cultish band Suicidal Tendencies, but it was also announced that he was chosen to perform with horror punk icons, The Misfits, for their highly anticipated reunion shows.

In 2019, renowned, maniacal, experimental metal band Mr. Bungle enlisted Lombardo for their long awaited comeback. In February 2020, the band performed a series of sold out shows then set out to record their first album in 21 years. ‘The Raging Wrath of the Easter Bunny Demo’ was released on October 31, 2020 and was quickly declared one of the best thrash albums of the year, entering Billboard’s U.S. charts at #1 on Current Hard Rock Music.

Lombardo is clearly showing no signs of slowing down. With the underground rumblings of more surprises on the way, 2021 promises to be one of his most provocative and inspiring years to date. 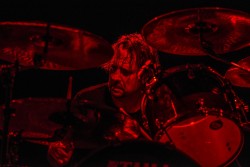 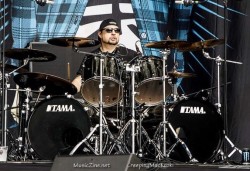 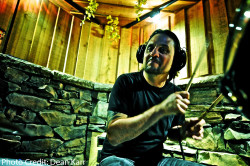 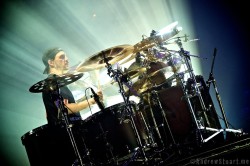 Currently on tour with Suicidal Tendencies, Dead Cross & The Misfits